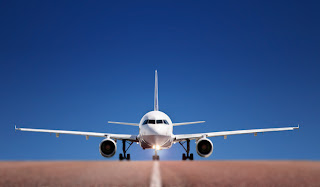 Dark eyes, military shaved cut, and a brown leather satchel bag. He had 13B and I was holding lucky ticket number 13A.

Whereas most people would greet a fellow seat mate with a friendly "hello" or better "Would you like to take the aisle?", this guy gives me the once over and says "You don't seem like a cuddler." Stunned, I did what any self-respecting girl would do. I pulled out my iPhone and posted it on facebook.

I should have been offended. At the very least, I should have flirted. But, you see, refer back to point A. Dark eyes. Military cut. Brown messenger bag. This guy could do no wrong. And then he offered to share his USB port with me. In the traveler's world, he who has power, is god. And he shared his power with me. The lowly turtleneck and leggings wearing non-cuddler.

When the meals came (he's gluten free), he offered up his banana. While I enjoyed pasta and brownies, he endured rice cake after rice cake. I like to think we bonded over the Nutella packets he snuck on the plane. But the real excitement came when we realized we were both headed to Addis Ababa. What are the odds that two people in Minneapolis would be flying all the way to Ethiopia? I can only name eight other people who were doing that same route. At this point I realized if true love was going to happen, then we had between 15-17 hours to make it so. I was up to the challenge.

He shared his sour patch kids with me. That's almost like kissing.

He noticed me in the KLM lounge and casually asked if I used Google Voice to text. That's almost like asking for my number.

On the next flight, he winked at me from his seat a few rows up. Surely there's a Michael Bolton song about that.

And then he gave the dreaded fist bump. The only thing worst than a fist bump is a side hug. And maybe  Typhoid.

And so it ends.

Email ThisBlogThis!Share to TwitterShare to FacebookShare to Pinterest
Labels: *My Favorite Posts, travel

the funny thing is, there is a good chance none of your upcoming ethiopia blogs are going to top this one.

I think Minnesota has a large Ethiopian community...

This is so, so great. And not the beginning of an epic love story? Bummer.

I would prefer a fist bump over a side hug any day.

Going to Ethiopia, he was just getting ready to avoid infectious diseases.

I am clueless. What is bad about a fist bump?!

I think he's just starting off slowly. If he had high fived you then I think henprobablynshould have had to ask your dad first.

Of course, he probably just froze under the pressure of being in the presence of such beauty! :)

you are so funny- this cracks me up!

Doug L said...
This comment has been removed by the author.
Wednesday, February 29, 2012

How fun, what a story, what a good writer, but you need to work on the ending more, I mean ending the story with a fist pump? It might have been real but come on let us fantasize some.

Thanks again for the laugh.

I love love love reading your stuff. Do you want to move to Alabama so I can just hang out with you and Violet can grow up around your clever and am extraordinary wit?

I wish Blogger would let me reply directly to all of you. Thanks for all your comments!!!!

sooo you're saying it didn't work out!?!?!!?? im not going to lie. id probably be awkward like that and end up fist bumping a girl i had a super crush on.