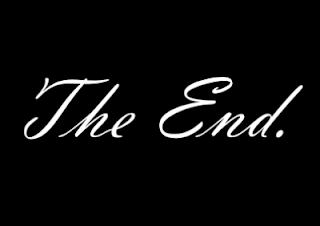 'Twas the week after Casey, when all through the home
Not a tv was on, nor a text from a phone
The twitter feed silenced as did the blogsphere,
Still mourning the verdict of which we all feared.

The 17th is coming, and soon her release
Will she shop at my Target? Still lie to police?
So many questions, so much unknown.
How long ‘till the Lifetime movie will be shown?

I’ve followed the case, you might call me obsessed
Try “passionate,” I say; resigned, “Fine. I confess.”
And now this series of Casey blogs is now over
But despite the poor content, I’m writing this sober.

So what shall the next grand blog series be?
Twilight reviews, ‘sodes I, II and III?
You be the jury. The ball’s in your court.
Just leave me a comment (to begging I resort).

And now with the plea, I’ve hit a new low.
Off to drown my sorrows with a glass of Bordeaux.

You are SO good at writing!! Nice poetic ending!

so, truthfully, how long did this take you?

Oh gosh, I hope the writing speaks for itself and that it's obvious it took less than 20 minutes. I don't even think the poem has a point! Also, what do I know about wine? Nothing. It just rhymed with low.

And by "wine" I mean Bordeaux rhymed with low.

Fitting end. What if she goes to Nashville? That could be a new episode!

in conjunction w/ the post itself, comments 2-4 made my night.

and so it ends... at least there is POETIC justice.

You always make me laugh, Karin. :)